Ivory Coast Goes to the Polls to Elect President 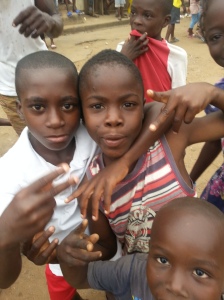 Despite sporadic violence in recent months and regional resentment towards the ruling party, hopes are high that the first presidential elections in Ivory Coast since the second civil war will pass peacefully today.

Incumbent Alassane Ouattara, of the RDR party, is predicted to win a second term and continue his reconstruction programme that has achieved 10 per cent GDP growth for Ivory Coast – despite, critics have claimed, not adequately addressing poverty, corruption, human rights abuses and disarmament of wartime militias.

Last month pro and anti-government forces clashed in five towns, killing one and injuring dozens, prompting fears that the coming election would be a repeat of the catastrophic events of five years ago. After the 2010 ballot, then-president Laurent Gbagbo and his challenger Ouattara both declared themselves the winner and the stalemate led to Ivory Coast’s second civil war in seven years, causing 3,000 deaths and up to 500,000 to be displaced. The French, who have always had a major strategic and economic interest in Ivory Coast, sent troops in to arrest Gbagbo for crimes against humanity and install Ouattara as president.

Since Ouattara assumed power, organisations such as Amnesty International have accused him of taking revenge against opposition groups rather than seeking reconciliation with them. The son of a former senior aide to Gbagbo, who must remain anonymous for fear of his life, said that not only has the government frozen his father’s assets and prevented him from leaving the country, but the rest of his family have been persecuted too. “My sister is a trained lawyer and I am an IT specialist,” he said. “But we cannot get jobs now because our family name is dirt. I cannot travel without a policeman seeing my name on my ID card and interrogating me for hours.”

Such punitive measures are seldom mentioned in the French or western media because Ouattara remains France’s favourite, having now re-opened Ivory Coast for business with Bouygues, Bollore, Total SA and other French corporations that the nationalistic Gbagbo snubbed while he was president from 2000 to 2010. Thierry Koffi, a young teacher and voter, belongs to a significant minority that supported Gbagbo’s attempts to make Ivory Coast more politically and economically independent. “I and many others suspect that Gbagbo got more votes than Ouattara in 2010,” he told Scotland on Sunday. “But France didn’t let Gbagbo back in power because he wouldn’t be their puppet.”

A July poll conducted by the International Republican Institute would seem to reinforce Ouattara’s legitimacy. His approval rating was 68 per cent, with respondents lauding the former IMF economist for his infrastructure improvements and pro-business policies.

However, a survey released last week by Afrobarometer Network shows a more divided electorate: 64 per cent either “do not trust” or “to a great extent do not trust” the RDR and only 38 per cent believe that the opposition parties present a credible alternative.

But two critical factors are likely to assure an Ouattara victory. While Gbagbo’s party, the FPI, remains most popular in the south and southwest of the country, Gbgabo himself is still incarcerated in The Hague and cannot stand in the election. The FPI nominee, Pascal Affi N’Guessan, lacks Gbagbo’s fame and charisma, and has war crimes allegations hanging over him. The second factor is the recent decision of the PDCI, the third biggest party, to support Ouattara’s candidacy in exchange for a power-sharing arrangement should he win.

Regardless of all these pre-election tensions, Venance Konan, editor of the country’s leading newspaper Fraternité Matin, is confident today’s poll will run smoothly.

“We do not want to fight each other any more,” he said. “While we may be divided on many things, fundamentally all Ivorians want to get on withthe job of building our country back up to what it used to be: a peaceful, prosperous African nation.”